Christmas time is almost upon us as the year comes to a close. The holiday season brings with it joyous celebrations and loved ones to enjoy together with. And such times call for the perfect movie night with cozy blankets, warm cocoa, and salty snacks.

While there may be numerous movies you would want to watch on this special occasion, we have gathered some specific movie titles that capture the Christmas spirit beautifully. And with the help of streaming services such DIRECTV Stream, HBO Max, Netflix, and several others, watching them is as easy as pie. Anyway, without further ado, these are the movies that you ought to watch on Christmas 2021:

First up is a family comedy about a young boy in the 80s who embarks upon a mission to get his hands on the fanciest Christmas gift at the time. Jake Doyle wants to play on the latest Nintendo Entertainment System, but cannot get his hands on one yet.

Christmas time brings him the perfect opportunity to finally get one. Thus, he and a few of his friends set out to get one of their own. Portraying the role of young Jake Doyle is Winslow Fegley whereas his adult version is portrayed by Neil Patrick Harris. Other supporting cast members include Steve Zahn, June Diane Raphael, Bellaluna Resnick, and some others.

This spectacle tells the origins of Father Christmas. Nikolas is an ordinary young boy, who wishes to find his father, who is on a quest to find the hidden village of the elves known as Elfhelm. This takes Nikolas and his trusty mouse and reindeer on the adventure of their life to the cold north. Portraying the role of Nikolas is Henry Lawfull, whereas other supporting roles are portrayed by actors Maggie Smith, Isabella O’Sullivan, Joel Fry, Eden Lawrence, and a few others.

Single All the Way

Peter (portrayed by Michael Urie) has had enough of the judgmental eyes of his family for being single. Thus, when the holidays arrive and he has to see them once again, he has the crazy idea of bringing his best friend Nick (portrayed by Philemon Chambers) with him and pretending to be in a relationship with him. Other noteworthy cast members in this film include Luke Macfarlane, Barry Bostwick, Jennifer Robertson, and several others.

Yet another sequel to The Princess Switch makes its way to your screens in 2021. The story kicks off when a priceless item is stolen, requiring Queen Margaret and Princess Stacey to seek help from Fiona and her ex. Though, this mission leads to a romantic rollercoaster and a surprising switch yet again. Prominent cast members of this film include Vanessa Hudgens, Remy Hii, Sam Palladio, Nick Sagar, Amanda Donohoe, and several others.

A Castle for Christmas

Sophie Brown (portrayed by Brooke Shields) is a best-selling author in the United States. Though, she has recently faced a scandal with her previous book. Thus, in order to escape this relentless scandal, she travels to her father’s ancestral village in Scotland.

There, she comes across a beautiful castle and she falls in love with it instantaneously. However, the cost of this love is that she has to bear with its annoying owner named Duke Myles (portrayed by Cary Elwes). Other actors joining this cast include Lee Ross, Andi Osho, Tina Gray, Eilidh Loan, and some others.

Father Christmas is Back

This comedic tale revolves around the relationship of four sisters who have gathered to spend the Christmas holidays at a mansion in Yorkshire. As the story progresses, they become a target of numerous misunderstandings, that ultimately lead to revealing some intriguing secrets.

Finally discovering what these secrets had to tell, they understand the real reason for their family being torn apart so many years ago. Actors performing in this holiday spectacle include Elizabeth Hurley, John Cleese, Kelsey Grammer, Nathalie Cox, Caroline Quentin, Talulah Riley, Naomi Frederick, and a few others.

There you have it, folks – these are the Christmas movies that you should definitely watch on this Christmas holiday. So, be sure to check out your cable TV channel lineups for these movies, or you could turn to your favorite streaming platform to help you out as well. 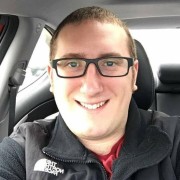 What You Should Know About SmartPRP Restoration for Hair Loss

Christmas Flower Baskets With Best Wishes For Family And Friends

What is Netflix Party? (How Do I Use It)

What basically is Hotstar?